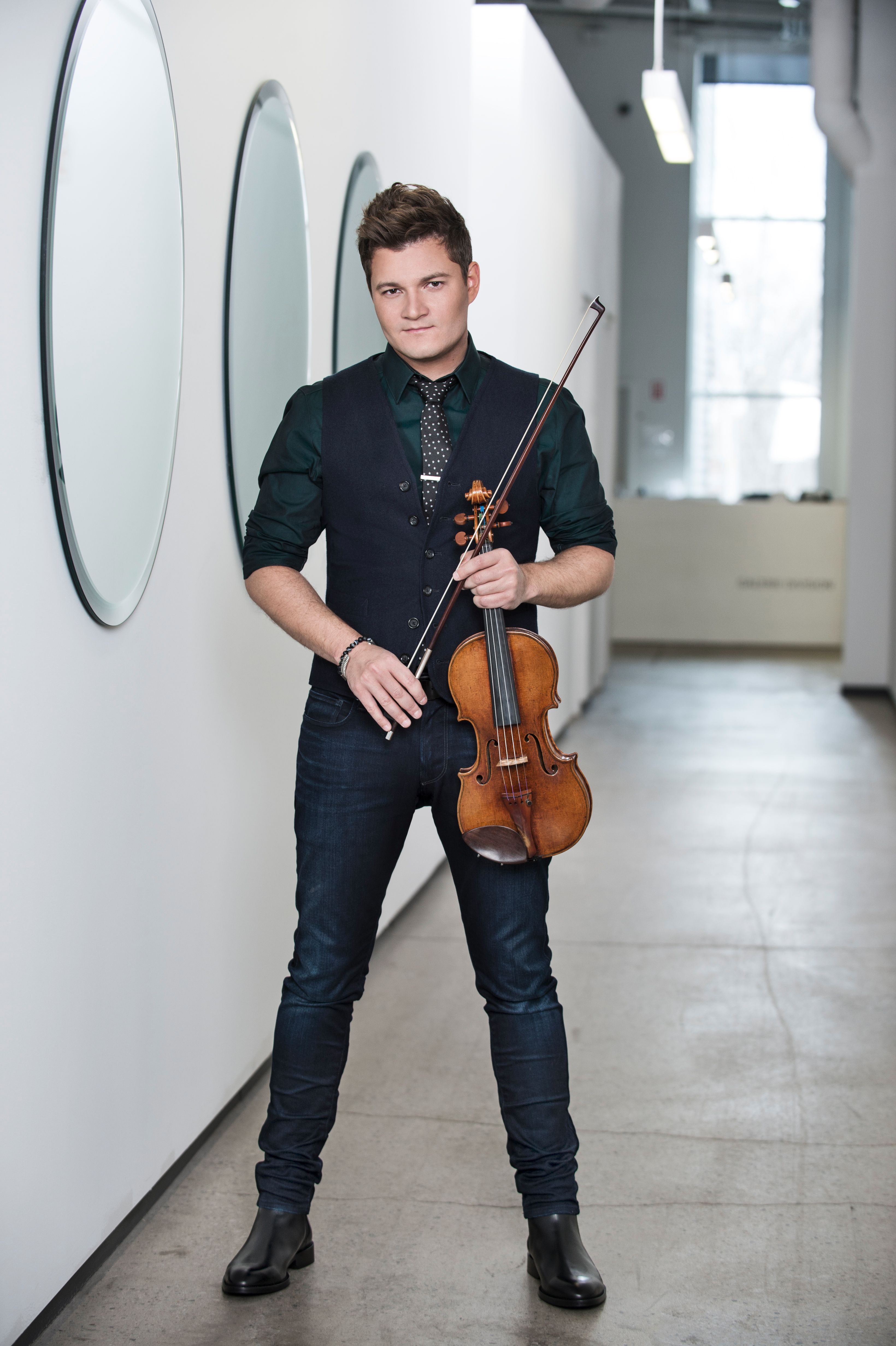 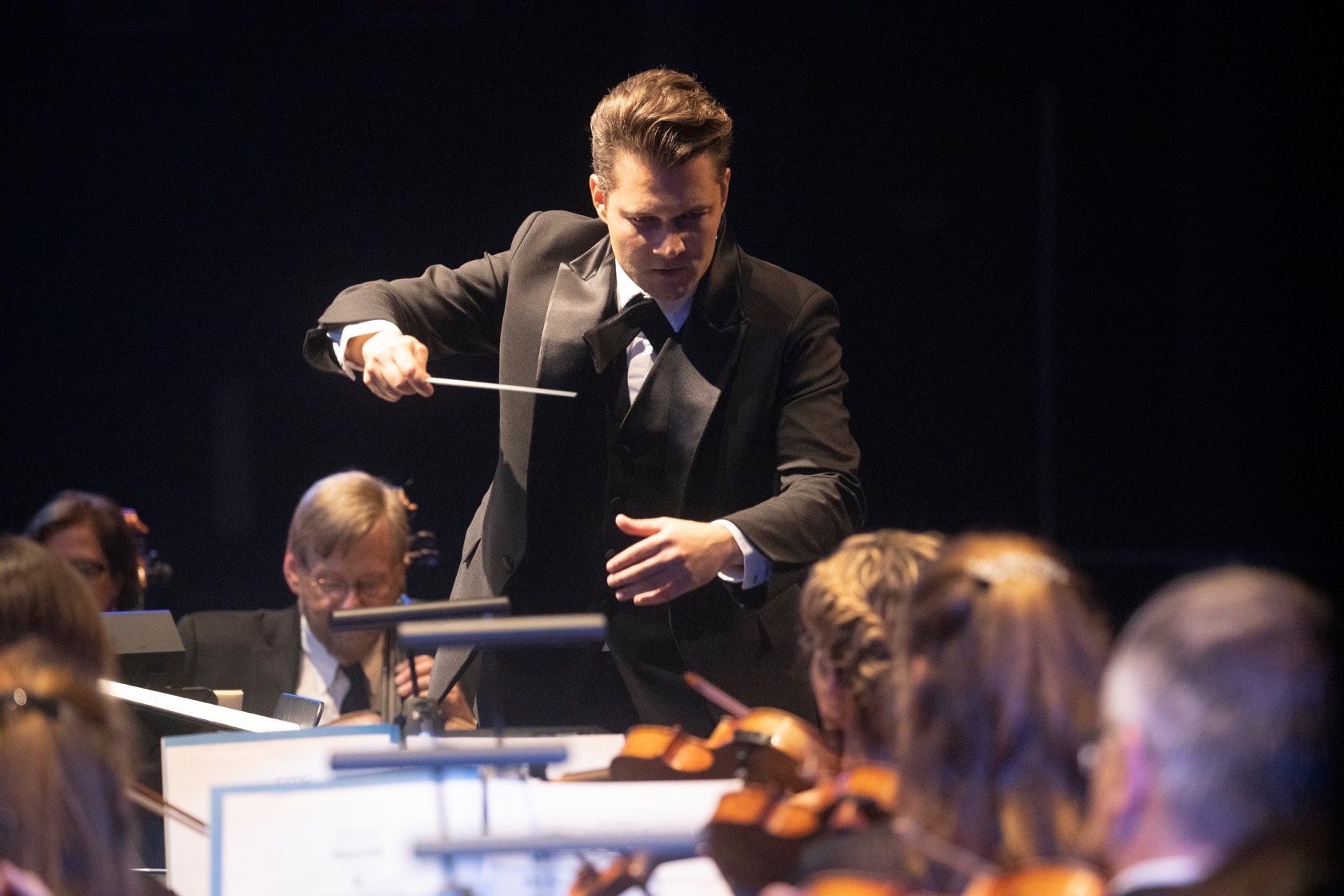 "I was delighted: what a violinist, beauty of sound, fastest fingers I have heard yet, the good taste to play different styles and great humor. Chapeau!"
Leon Spierer
Berlin Philharmonic Concertmaster 1963-1993

ALEXANDRE DA COSTA
Sony Classical artist, Juno Award winner and Longueuil Symphony’s Music Director and Chief Conductor, Alexandre Da Costa was born in Montreal, Quebec, Canada. He showed an uncommon interest for both the violin and piano at a very early age. By the age of nine, he had the astonishing ability to perform his first concerts with stunning virtuosity on both instruments, which brought him recognition as a musical prodigy. His chosen professional career as a violinist began very early and, after encouragement from Charles Dutoit, he was soon performing regularly as soloist with orchestra as well as in recital.

At age 18, he obtained a Master’s Degree in violin and a First Prize from the Conservatoire de Musique du Québec. Concurrently, he also obtained a Bachelor’s Degree in Piano Interpretation from the University of Montreal. Subsequently, told he had to choose one instrument, he studied in Madrid at the Escuela Superior de Musica Reina Sofia with a legendary violin teacher who became his mentor, Zakhar Bron (whose previous students famously include the likes of Maxim Vengerov and Vadim Repin). He later pursued post-graduate studies at the Universität für Musik und Darstellende Kunst of Vienna, Austria, with G. Schulz, C. Altenburger and R. Honeck, and is currently completing a research PhD. Among the many other prizes that followed were the Sylva Gelber Foundation Award from the Canada Council for the Arts, and in 2003 the Council’s Musical Instrument Bank decided to go further and award him the “1689 Baumgartner Stradivarius”. In 2010, he received the prestigious Virginia-Parker Prize, one of Canada’s highest cultural distinctions.

Winner of many national and international first prizes, including the International Violin Competition Pablo Sarasate, Alexandre Da Costa has given close to two thousand concerts and recitals throughout North America, Europe, Australia and Asia. He has performed the major halls of Vienna (Musikverein), Berlin (Philharmonie), New York (Carnegie Hall), Beijing (Poly-Theater) and beyond. He has played and recorded as guest soloist with more than a 100 different orchestras including London’s Royal Philharmonic, the Vienna, Berlin, Montreal and Toronto Symphony Orchestras, the Dresden, Bergen, Buffalo and Prague Philharmonic Orchestras, the BBC Concert Orchestra, the National TV and Radio Orchestra of Spain, the YOA Orchestra of the Americas and many more. Conductors he has played under include Rafael Frühbeck de Burgos, Leonard Slatkin, Lorin Maazel, Yannick Nézet-Séguin, Tugan Sokhiev, Vasily Petrenko, Matthias Bamert, John Axelrod, Johannes Wildner and Peter Oundjian. His live performance broadcasts have aired on BBC, WestDeutscher Rundfunk (WDR), CBC, NPR, ORF and many others. Da Costa has given world premieres of works by Elliott Carter, Michael Daugherty, Lorenzo Palomo, Paul Sarcich, Jean Lesage and Airat Ichmouratov. Alexandre Da Costa is also active as a chamber musician and has recently recorded the complete Brahms sonatas, alongside pianist Wonny Song. Da Costa has performed alongside acclaimed chamber musicians such as Menahem Pressler, Elisabeth Leonskaja, Matt Haimowitz and Hélène Mercier.

As a recording artist, he has recorded 25 CDs with Sony Classical, Warner Classics, JVC/Victor, Naxos, Acacia Classics/Universal, ATMA, XXI-21 and Octave/Universal, among them the world premiere recordings of the Violin Concertos by Portuguese composers Freitas Branco and Fernandes. In 2012, he won the JUNO award for “Classical Album of the Year” for his recording of the concertos by American composer Michael Daugherty, with the Montreal Symphony under Pedro Halffter for Warner Classics. The Washington Post selected his recording of the Beethoven concerto with Klezmer cadenzas by Ichmouratov as CD of the Year. He now records for Spectra and Sony Classical. His latest release Stradivarius at the Opera, recorded with the Vienna Symphony, quickly attained the best-seller status, and was converted into a multimedia concert booked around the world.
Alexandre Da Costa has trained as a conductor with Christian Schulz in Austria and Josep Caballé Domenech in Germany. While working on his doctorate in Australia, he was Musical Director of the Western Australian Academy of Performing Arts Symphony Orchestra and Chamber Music ensemble. He recently conducted the Vienna Symphony, the Queen Sofia Chamber Orchestra in Madrid, the Fremantle Chamber Orchestra and the Virtuosos of Venezuela Symphony Orchestra.
In addition to his soloist and conducting activities, Alexandre Da Costa gives masterclasses at various universities and conservatories around the world. Between 2014 and 2018 held the position of Associate Professor and Head of Strings at the Edith Cowan University (Australia). Institutions he visited include the Sydney Conservatorium, the University of Toronto and the Superior Conservatories of Montreal, Madrid and Shanghai. He also served as benchmarking consultant for the Hong Kong Academy for Performing Arts, and guest speaker for TEDx. As Concertmaster, he regularly leads orchestras such as the Wiener Symphoniker, the Orchestre National du Capitole de Toulouse and the Singapore Symphony, under conductors such as Philippe Jordan, Tugan Sokhiev, Günter Herbig and Lorin Maazel. He currently holds the position of Artistic Director of the Laurentians International Festival of Canada and Artistic Director at Acacia Classics Productions. Alexandre Da Costa plays the “Deveault” Stradivarius of 1701 loaned by his friends Guy and Maryse Deveault.
Bio Français Bio English Bio Castellano Bio Deutsch Bio 中国